In the Bobcat article I made the following observation: “Snapshots of the Commission’s work are prone to misinterpretation…the imposition of post facto understanding and awareness on facto and pre-facto conditions. Discrete pieces of staff work are just that, pieces of a vastly larger puzzle; sometimes they fit, sometimes they don’t.” In this article we will consider another piece of the puzzle that did not fit, the radar track of the early morning DC-area traffic helicopter and its relationship to the NRO exercise. There was no relationship.

The NRO Exercise, a first order of business

High on my list of early things to do was to get to the bottom of the NRO exercise scheduled for the morning of 9-11. Without access to the scenario assessing the NRO exercise was problematic. The 84th RADES radar files were the first delivery of actual data; they included a RADES workup of an aircraft which not only flew near the NRO, it flew near the Pentagon, CIA Headquarters, NSA, NIMA, Ft Belvoir and Quantico. It also appeared to have taken off from Andrews AFB. It got my attention for a time. Following is a screen print of the flight. 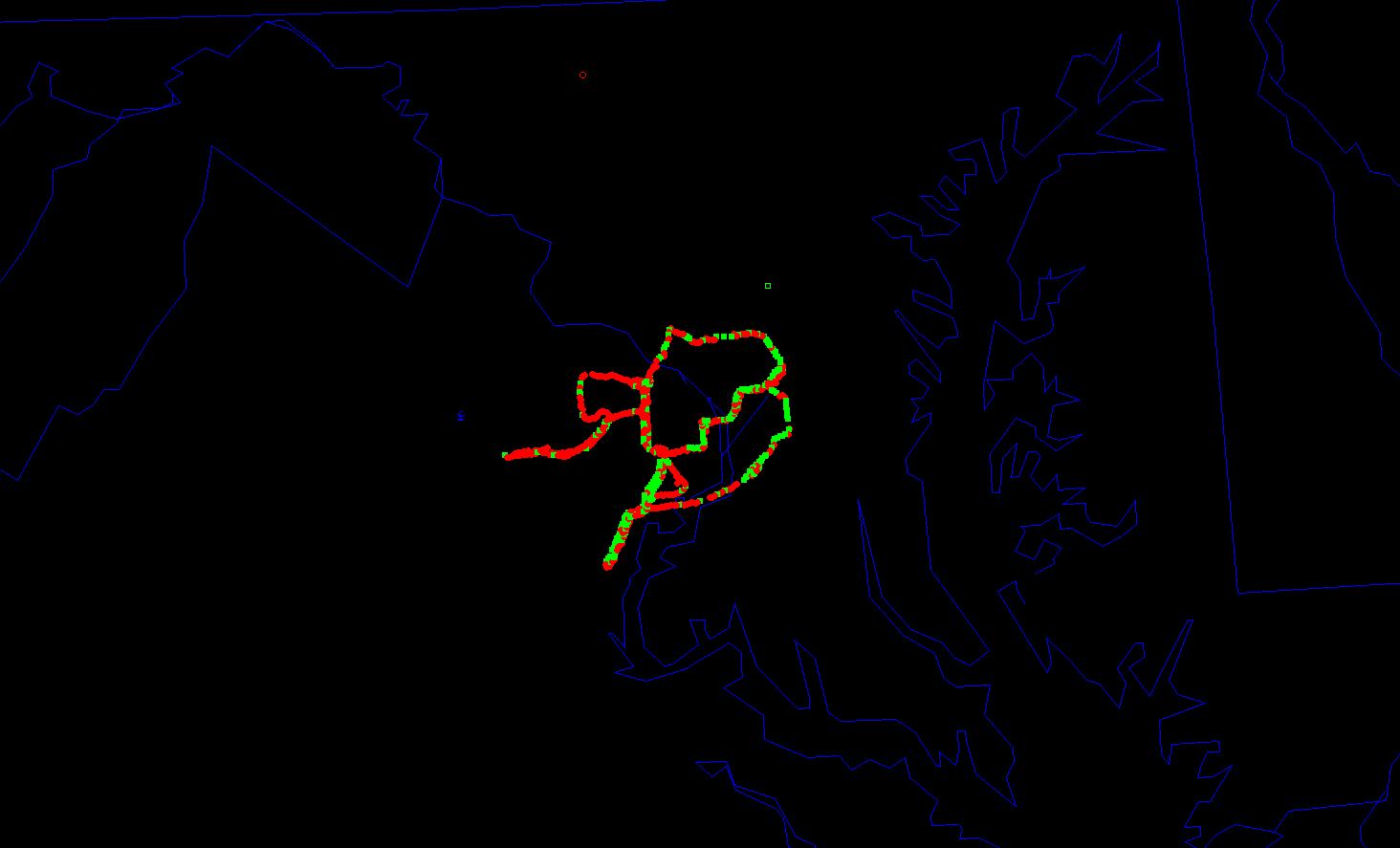 It took off from near Andrews at 6:46 and landed at the same site at 7:27; it flew between 0900 and 1200 feet.  The green returns are reinforced (radar and beacon), the red returns are beacon only.  The reason so much of the flight was picked up as beacon only was its altitude.

Intuitively obvious in hindsight, it was not immediately apparent that the track of interest to the 84th RADES was the early morning traffic helicopter. So I spent time reviewing the radar files and comparing the track to 1:250,000 maps. I focused on agencies and facilities and overlooked the fact that the aircraft was also following, in general, the I95/395 and I66 corridors and the 95/495 beltway. I discussed the track with DoD and FAA personnel at several locations. No one had any particular insight or knew of anything operational that morning that was relevant. In a discussion with Andrews Tower personnel it occurred to them that the morning traffic helicopter lifted off early every morning from a private pad in the area. And that was the end of that.

Snapshots in the work  files

One snapshot is a comment in the Andrews MFR, linked above.   A second snapshot is a coversheet filed with the NRO exercise scenario, itself. That cover sheet was applicable to RADES  radar track screen prints and to 1:250,000 maps hung throughout our office to plot planes and areas of interest. It had no relation to the NRO exercise scenario itself.

Even though I had handwritten “NRO” on it at an early stage in our work it was not a piece of the puzzle that fit anywhere.  I over-analyzed a non-event.